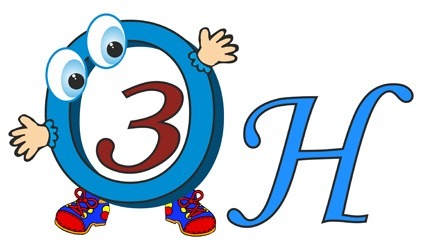 This game is designed specially for helping you and your new students to get to know and faster memorize their names on the first day of class.

Materials: A4 sheets of paper by the number of players

1. Distribute the sheets around the class.

2. Ask each player to ‘draw’ their name. In order to do this, they must replace each letter with a drawing of an object, which name begins with it. If the same letter occurs more than once in a name, it should be drawn each time with different objects. For example, the name Arina might look something like this:

an apple, a rainbow, an ice-cream, a nose, an ant

How to Play. When everyone has finished, bring the class to order. Afterwards, invite Player A to stand in front of the other participants and to show them their rebus. The player, who is the first to call out the name of Player A, gets one point. This time, it is Player B, whose turn to show their drawing to the rest of the class and so on. The game continues as long as all the rebuses have been puzzled out. At the end of the activity, the number of points, accumulated by each participant during the whole competition, is counted up. The player, who gets the most points in total, becomes the winner of the game.

Variation. As an alternative for stronger groups or higher levels, the students can just say appropriate words, e.g.: 'My name is dog-eye-net-image-star'.