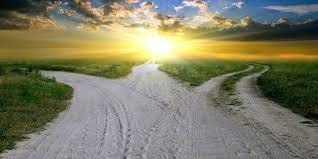 - Pieces of chalk by the number of players, a different colour for each game participant.

2. Provide the children with the chalks.

3. Ask each game participant to draw a winding path of approximately 0.1 m wide from one 'house' to the other. Having finished to draw, a player puts their chalk in the box.

4. When all the chalks are in the box, you take them out one by one and write vocabulary categories, e.g.: 'Family' with the red chalk, 'Jobs' with the blue one, 'Countries' with the green and so on. After writing a word, you put the piece of chalk back in the box.

How to Play. To start the competition, invite Player A, without looking, to take any chalk out of the box. For example, it is blue. Next, they stand within the first 'house' at the beginning of the blue 'path'. Then they call out any word of the given category, e.g.: 'Hairdresser!' After that, they step on the blue 'path', putting one of their heels close to the house and calling out: 'H!'. Next, they take another step, putting the heel of their other foot close to the toe of the first one and calling out: 'A!', and so on until the whole word has been spelt. This time, it is Player B, whose turn to take a chalk from the box, and so on. If a player fails to spell correctly the predefined word, they stop moving at the very place where they had made a mistake and wait for their next turn. When each game participant has made their move, Player A calls out the second word of the given category and so on. The player, who is the first to reach the second 'house', becomes the winner of the game.

Note. The strategy of the game is to choose the longest words of a specified category.