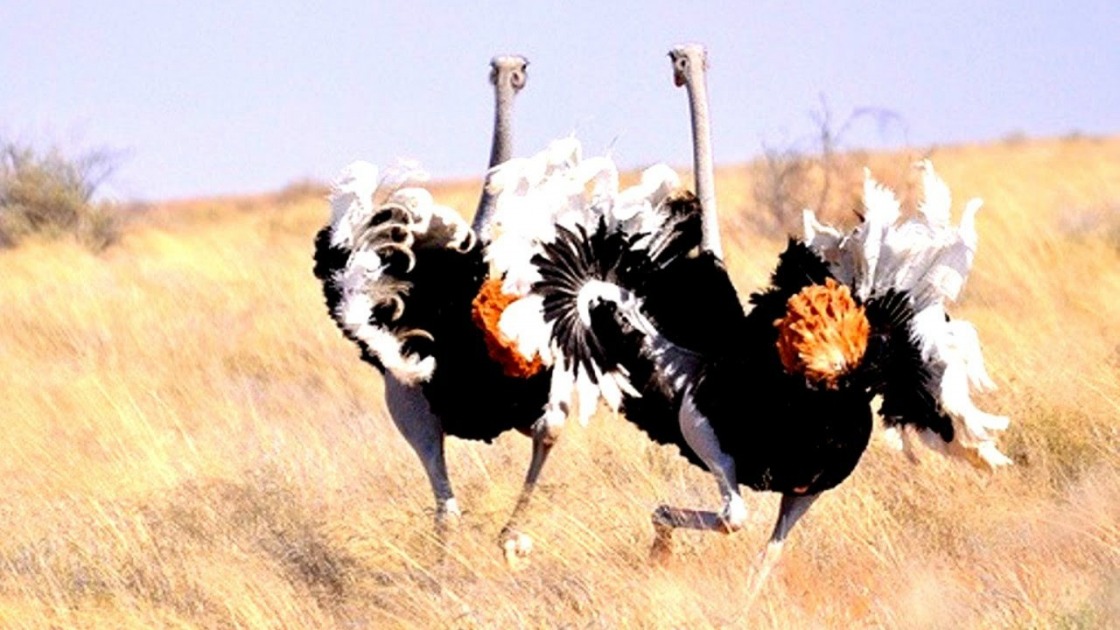 Number of Participants: 10-20 players, preferably even

- A4 sheets of paper by the number of players;

- Adhesive tape or pins for fixing the sheets to clothing;

- A piece of chalk or a wooden stick.

Preliminary Preparation: (5-10 minutes). Ideally, the children should prepare for the game themselves. In order to do this, ask each player to choose a word, known to all the other students, and to print it in 72 type in landscape format on an A4 sheet of paper.
Note. You should do the same in case of an odd number of the players.

1. Divide the participants into two parts of (roughly) equal size.

2. Draw starting lines at both ends of the playground.

3. Ask the teams to stand behind the different lines.

4. Ask the players to pin up the sheets on the backs of each other.

5. Draw a circle of  approximately 2 m in diameter in the centre of the playground.

How to Play. To start the game, one ‘ostrich’ from each team comes to the circle. Next, you give them a command: 'Ready!... Steady!... Go!'. Upon hearing this, they step in the circle with their hands behind their backs. Their task is to read the word on the back of the opponent, without touching them or setting foot on the border or outside the circle. You should warn the players that for clues of the fellows, the team gets one point of deduction! The ‘ostrich’, who is the first to call out the word on the back of the opponent, gets one point for their team. The game continues as long as all the world have been read out. At the end of the activity, the number of points, accumulated by the teams during the competition, is counted up. The team, which gets the most points in total, becomes the winner of the game.
Note. If one team has one more player than their opponent, then one of the ‘ostriches must dance’ twice, using your spare sheet.